The formation of artists’ colonies is a phenomenon, especially of the second half of the 19th and early 20th centuries. Starting from the French example of Barbizon, an artists' village near Paris that was established around 1830, so called artists' colonies spread throughout Europe in rural regions. These communities of individual artists, some of whom were very well connected to each other, developed important modern painting tendencies and perspectives away from civilisation, Industrialisation and the academic art world. Today, they are the historical breeding ground for modern artistic-creative communities – in the countryside, but also in urban surroundings.

Out into nature, far away from rapidly growing cities, industrial progress, smoking factory chimneys. Out into untouched landscapes, isolated from modern civilisation, promising pure idyll. Away from academic Regulations and a more and more organised exhibition industry, which brought with it a dependency on art critics, art dealers and an almost impossible to define audience. There was a general sense of awakening in which whole generations of artists were searching for new, unusual ways of expression. They set out on adventures to discover the beauty of (local) landscapes and idyllic places. Like the French artists who discovered the village of Barbizon around 1830 and began to use plein-air (Eng.: open air) as the basis for their work. With their demand for a «return to nature», they became, so to speak, the birth assistants of many artist colonies across Europe that consciously embraced closeness to nature: From Finland, Sweden, Norway and Denmark to England, the Netherlands, France, Germany and Poland, all the way to Romania, Hungary, Austria, Switzerland and Italy.

In search of new topics

The development of an artists' colony usually happened gradually.  Once an artist, at that time rarely female artists, had found the “beautiful dream place” with intact nature including the greatest possible variety of attractive motifs an original folklore (sometimes with the help of travel literature), this place was visited as often as possible alone or with fellow artists. It was only a matter of time then that a place and its surroundings full of beautiful landscapes regularly attracted artists as well as academy students from near and far, was recommended as a destination worth visiting and was finally chosen as an artists’ colony. Here, people met like-minded people in an informal setting, discussed methodological and technical experiences, gathered innovative impulses for their own creative work process, organised joint events and found inspiration for new topics in each other’s work. In short, the open air painters benefited in many ways, as their works, flooded with light and colour, still reflect today.

Moorlands, forests, countless lakes, beaches, coastlines and untouched fishing villages:  Northern Germany was and still is an ideal refuge for artists who were and are looking for artistic and creative alternatives far away from the big cities. It is a fact that they significantly influenced the development of modern art around 1900. For example, there is the village of Worpswede near Bremen, which wrote history with Paula Modersohn-Becker, one of the most important painters of European modernism. Or the artists' colonies of Schwaan, Ahrenshoop, Hiddensee and Fischland-Darss, Heikendorf on the Kiel Fjord or the now hardly known Ekensund on the Flensburg Fjord, which today belongs to Denmark, to name just a few places where progressive artistic communities encouraged open-air painting. The fact that many of the artists' colonies were gradually visited by curious people and tourists – with all their advantages and disadvantages – was certainly not to the pleasure of all artists. Even though many of these artist resorts, which have retained their former flair, are still being flooded by tourists today, some modern artist colonies and communities have been formed that have opened up their doors to art lovers, as can be experienced in Eckernförde on the Carlshöhe. 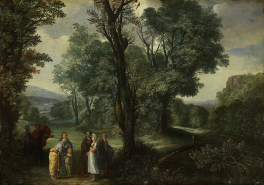 The forest. Of its depiction as wilderness, mystery, and place of idyll to the resource. 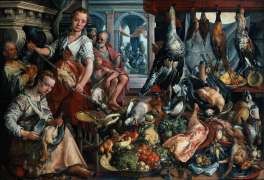 A platform instead of a gallery? 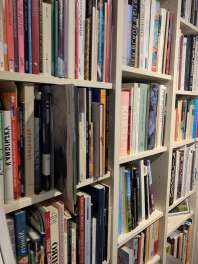