There is no question that names like Salvador Dali, Max Ernst, René Magritte or Joan Miró come quickly to mind when we think of the art movement known as Surrealism. Women's names are mentioned rather hesitantly, if at all: Frida Kahlo, Meret Oppenheim, Dora Maar or Leonora Carrington. Although these female artists were successful in their time, they were often forgotten in the history of (male-dominated) art after their death, deliberately suppressed or ignored altogether. Just like Leonor Fini, the former legend of Surrealism, who is still overshadowed by her fellow male artists.

Paris, July 1923: Scuffle at the Théâtre Michel. The writers Louis Aragon, André Breton and Benjamin Péret storm the stage, attacking the actors. The reason was a dispute between the Dadaist and Surrealist movements that had been smouldering for years and had by now become a public affair. The incident marks the final splitting off and strengthening of the Surrealist movement. The term was coined by the poet Guillaume Apollinaire back in 1917.

Paris, October 1924: André Breton, co-founder of the Surrealist movement, publishes his first Manifeste du Surréalisme, inspired by Sigmund Freud's psychoanalytical studies and Giorgio de Chirico's «metaphysical painting». In doing so, the «new way of thinking» is set in stone for literature, art, film and politics. The unconscious, the dreamlike, the supernatural-mystical, the irrational and the fantastic are given the most priority in the spontaneous and uncontrolled creative processes (ecriture automatique). The aim is to switch off consciousness and reason – if necessary with intoxicants – in favour of trance, sleep or dream protocols to allow fears, longings, visions and desires to run free without censorship. In the following years, this illustrious circle expanded with mostly male colleagues (such as Pablo Picasso, Alberto Giacometti). The fact that female artists like Valentine Hugo (1887–1968) were already enthusiastically active in the Surrealist circle from 1926 onwards is rather an exception. Further years pass by before female artists encounter Surrealism in its second phase around and especially after 1930 – initially as friends, wives, models or muses, before they (can) assert and establish themselves as artists in this field.

Paris 1937: A young artist arrives from Italy. Her name: Leonor Fini, born in Buenos Aires in 1907 (or 1908), raised in Trieste, working as a portrait painter in Milan since the late 1920s, publicly known since her first exhibition in 1929 and associated in friendship with the painter Giorgio de Chirico. Her appearance and personality between maskings and disguises is also spectacular for the Paris art scene and soon Max Ernst, Man Ray, Salvador Dalí or Georges Bataille from the inner circle of the Surrealists are counted among Fini's friends. However, the self-taught artist confidently distances herself from the authoritarian rules and laws laid down by André Breton in his Manifesto. Stubborn and not conforming, she realises individual creative ideas. Despite Fini's repeated participation in major Surrealist exhibitions, she never considered becoming a member. She loves her independence too much and maintains her unmistakable autonomous style throughout her life as a highly remunerated paintress, illustrator, stage and costume designer.

After difficult years in Milan and Rome during the war, Leonor Fini returned to Paris in 1945. The myth about her impressive appearance, her love of opulent appearances, is unbroken. The eccentric artist and cat admirer, who at times lived with up to 17 cats and saw these animals as mediators between humans and the divine sphere, herself became a hermaphroditic, androgynous art figure who could not separate life and art. The one flows into the other. Even as a child, her mother disguises her as a boy to prevent further attempts by her father to kidnap her. Slipping into different gender roles and hiding behind masks becomes a typical feature of Fini, who sees and lives the world as a voluptuous, baroque stage – reflected in fantastic, sometimes erotically charged figures, inexplicable sceneries and frightening scenes that unfold in her pictorial works. Surrealism experiences a new orientation and becomes more diverse in many facets.

Already during her lifetime, Leonor Fini received prestigious recognition in the form of international exhibitions throughout Europe and publications, in which she frequently contributed. Even after her death in Paris in 1996, retrospectives and group exhibitions shed light on her artistic work (e.g., Sweden, Bildmuseet Umeå 2014; New York, Museum of Sex 2019; Frankfurt, Schirn Kunsthalle 2020). It is to be hoped that more exhibitions in the future, such as the current high-profile show «Surrealism and Magic» in Venice (Peggy Guggenheim Collection, until 26.9.2022), will more frequently roll out the red carpet for the former legendary female surrealist and her female colleagues. 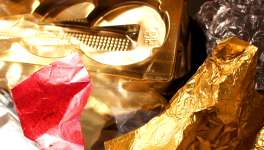 Waste and Art? On the Utilization and Refinement of Human Remains in Art 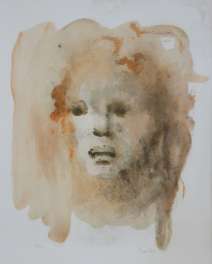 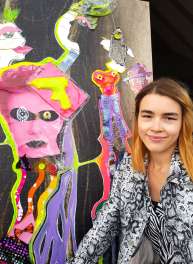